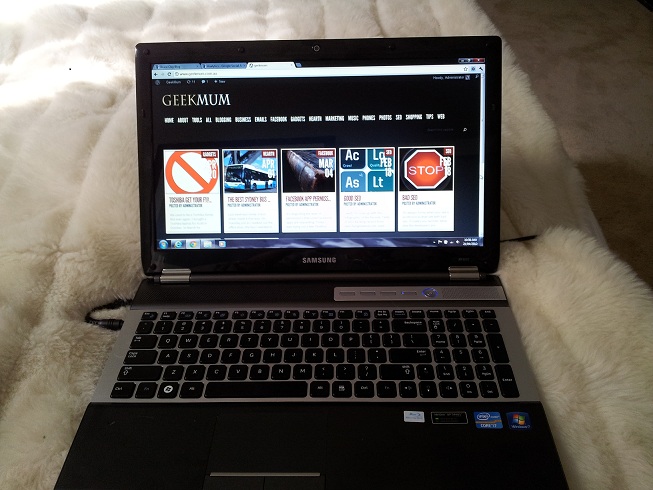 I thought I would be happy with 13 inches. But it wasn’t enough.

At work I have the big 17 inch quad core Dell Precision. For the first year and a half I took it home each night. I ended up with a sore back and friendly chiropractor. So I decided to buy a second laptop, purely for home.

Everyone at work seemed to be converting to Macs. And I had long lusted after Garageband – one day I swear I’ll write a song. At a minimum I want to create some backing music for videos so that YouTube and Facebook stop deleting our dance performances for copyright reasons (even though the studio pays ARIA licensing fees, that doesn’t stop YouTube and Facebook).

And at work, a couple of guys have MacBooks with small screens, and a second large monitor attached. So it seemed practical to get a nice little 13 inch MacBook Pro to use at home.

I went halfway, and set it up with Bootcamp so I could run it primarily as a Windows machine, with all my favourite programs.

But it never really felt right. There was a feeling that it wasn’t permanent – just a brief flirtation. After 9 months I still hadn’t played with Garageband at all. I got annoyed at the difference in scrolling – an remembering which combination of keys was PrintScreen.

But it was the size. 13 inches, if you’re using it as your only screen, just isn’t enough.

I had the cheap fling with the 15 inch Toshiba for three days before returning the faulty thing, and replacing it with a Samsung RF511. Still an impulsive purchase – at JB Hifi the requirements were simply – gimme something with grunt that works – 8GB RAM, strong Wifi and capable of handling ColdFusion, PHP, MySQL, full Office and Adobe Master Collection, and dedicated volume keys. (Is there anything worse than soft volume keys – it’s like having a car with small cup holders – it just ain’t good enough.)

I like my new Samsung 15.6 inch screen. Not too big, not too small. It’s just right.